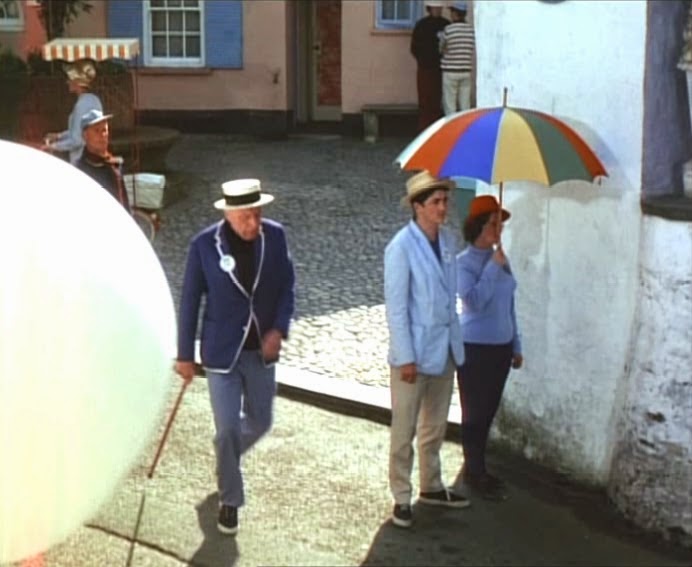 Be still, was the order given to the citizens by Number 2 in the central Piazza during ‘Arrival.’ A warning that The Village Guardian was about to put in an appearance. Everyone, including the Prisoner stood stock still, everyone except one young man who dodged about in circles. Why? Whether or not this young man was openly defying Number 2’s order, or whether he was part of a demonstration for the benefit of the Prisoner, is unknown. The order to “Be still” is suggestive that The Village Guardian homes in on movement, that’s why it attacked the young man.
That being the case, how are we to interpret the opening scene in ‘Checkmate’ when everyone stands stock still in the road, even cyclists dismount their bicycles to stand still as the Village Guardian comes bounding along the road. Well everyone except Number 14, the man with the stick, who comes hobbling along as the Village Guardian passes by. Why didn’t the Guardian attack him? Perhaps the Guardian detected the man’s movement, that, and his limp, and decided for itself that there was no danger of him escaping, being too old and frail!