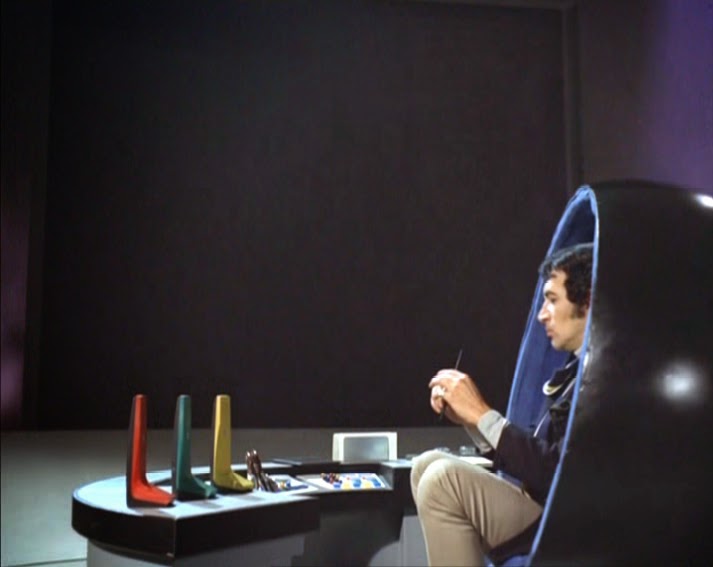 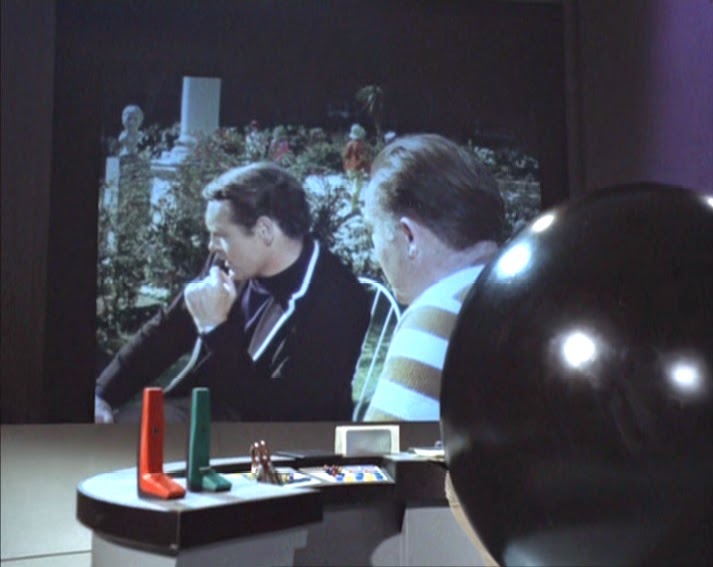 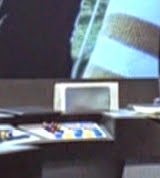 What’s that there? Looks like a small monitor or television screen, or perhaps it’s a letter rack. Whatever it is it’s there in the scene when it’s reported to Number 2 that Number 6 is getting friendly with the Rook, but whatever it is, its no longer there in later scenes. What’s more I don’t recall it being there in any other scene shot on that set in other episodes.

BCNU
Posted by David Stimpson at 07:46