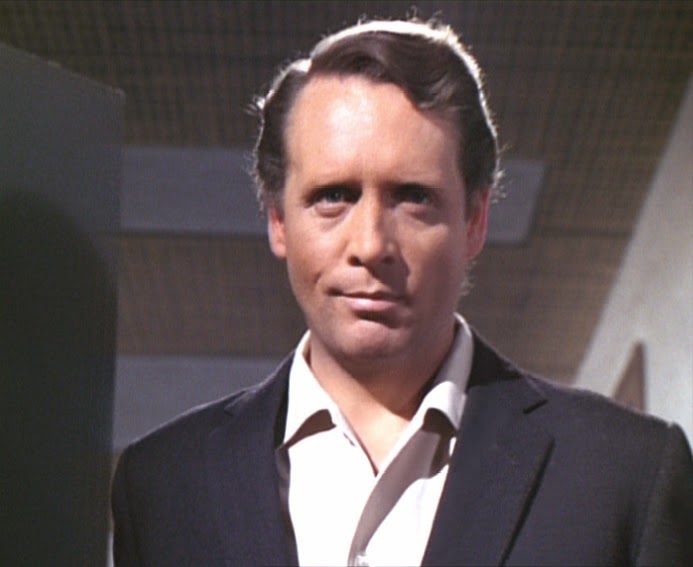 This time when the Prisoner returns to that office in which he handed in his letter of resignation, he doesn't seem quite so keen to storm in the way he did the first time. Perhaps after last time he wasn't sure of what kind of reception he would get! But the man sat behind the desk is of a subservient nature, he certainly wasn't affected by the Prisoner's ranting the last time. And by the by, hasn't that man something better to do with his time than the crossword in the newspaper? But perhaps it's time for his elevenses seeing the cup and saucer on the desk, but no biscuits this time as there's no tea plate under the cup and saucer. 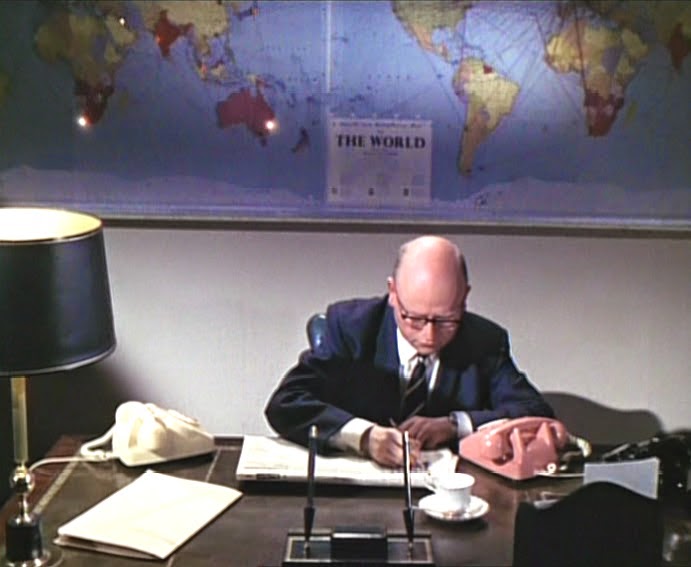 And that's the mistake fans have made during the opening sequence of 'the Prisoner,' that when the Prisoner bangs his fist down on the desk, upsetting the cup and saucer on a tea plate, enthusiasts have asked the question, why are there two saucers under the cup?!