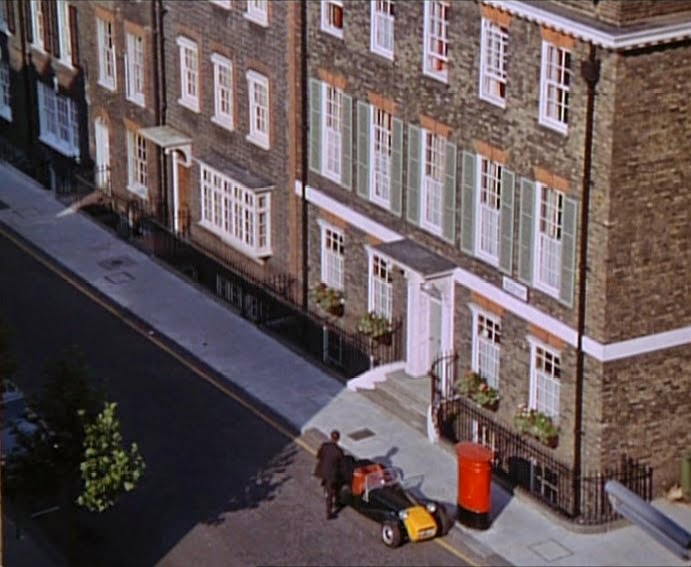 I cannot imagine what it must have been like for the Prisoner to be rattling around a great big house like No.1 Buckingham Place. I don't even understand why a single man like him would want with such a large house, when I should have thought a smaller house in a Chelsea mews would have been more suited to him, as it was for John Drake in 'Danger Man.' It's not as though the Prisoner had any servants, not even a personal valet, well not that we see. At least when Mrs Butterworth lived there she at least had a house maid. I couldn't see the Prisoner spending his day off cleaning the house.
I have often wondered why No.1 Buckingham Place was chosen for the Prisoner's residence, I suppose that that is one question which for me, will have to remain unanswered!


Be seeing you
Posted by David Stimpson at 09:25