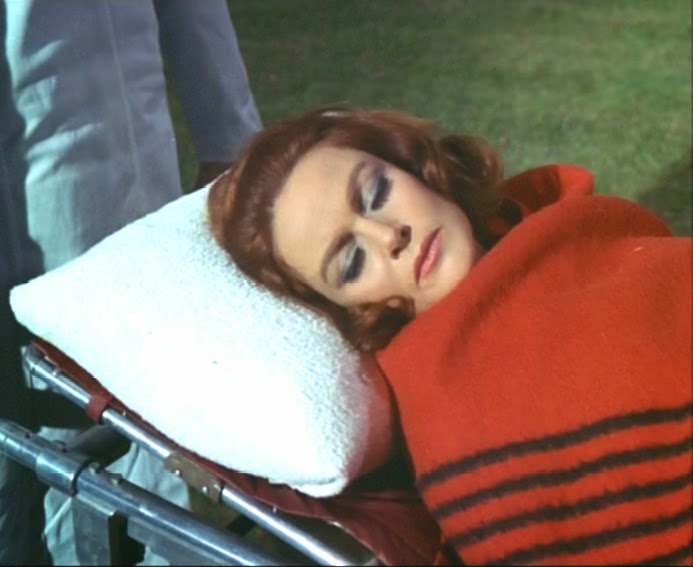 So what was it that brought Nadia Rakovsky to this point? She certainly wasn't brought to The Village for rest and recuperation, neither did she resign as she said she had. Nadia was sent to The Village on assignment. I wonder if she was abducted by two Undertakers in the same way No,.6 was? But she didn't arrive in the Village lying in a coffin, she was unconscious and arrived by helicopter, a helicopter which has a maximum range of 351 miles. In 'The Schizoid Man' to leave The Village meant a quick flip in the helicopter to the landing stage, then presumably it meant a sea voyage from there back home. So Nadia would have arrived at the landing stage by boat, and then taken to The Village in the helicopter. I wonder why she was not taken directly to The Village by the boat? M.S. Polotska for example could have picked Nadia up from wherever, a sea port, perhaps, or somewhere on a deserted part of a coast somewhere, to bring her straight to The Village. But in any case Village security was observed, having arrived unconscious so that she has no idea where she is, and probably had to leave blindfolded!