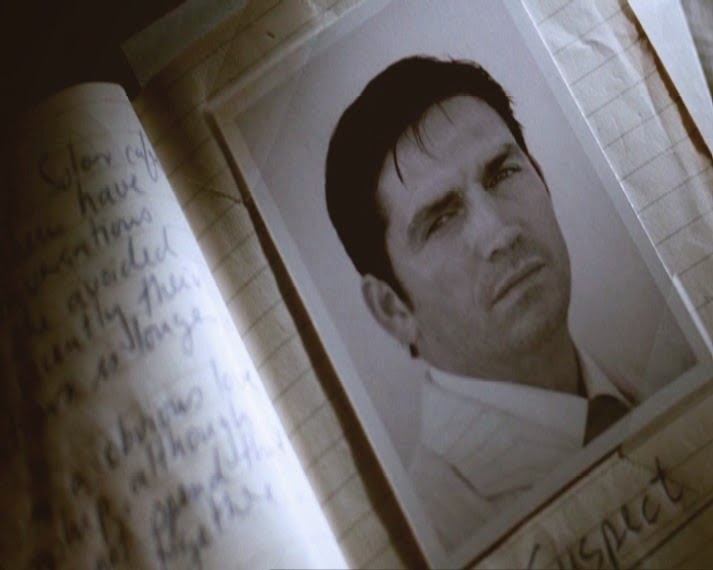 ﻿   There is an anomaly within THEPRIS6, and it has to do with the above picture. Not the picture itself which is taken from the episode of Anvil, but the picture of Six which he finds in 909’s note book. Because 909 has been watching Six who has become a suspect! But the anomaly is that Six is pictured wearing a suit and tie, which he doesn’t wear until the next episode Darling, seeing as he’s wearing his wedding suit when he’s about to marry 4-15, as pictured below. 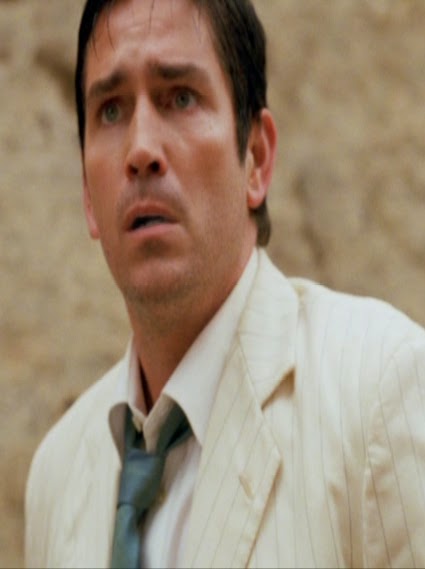 So the question is, how is it possible for 909 to have got that photograph of Six wearing that suit on the day of his wedding, when it had yet to happen? Looks like there’s be a cock-up on the continuity front!