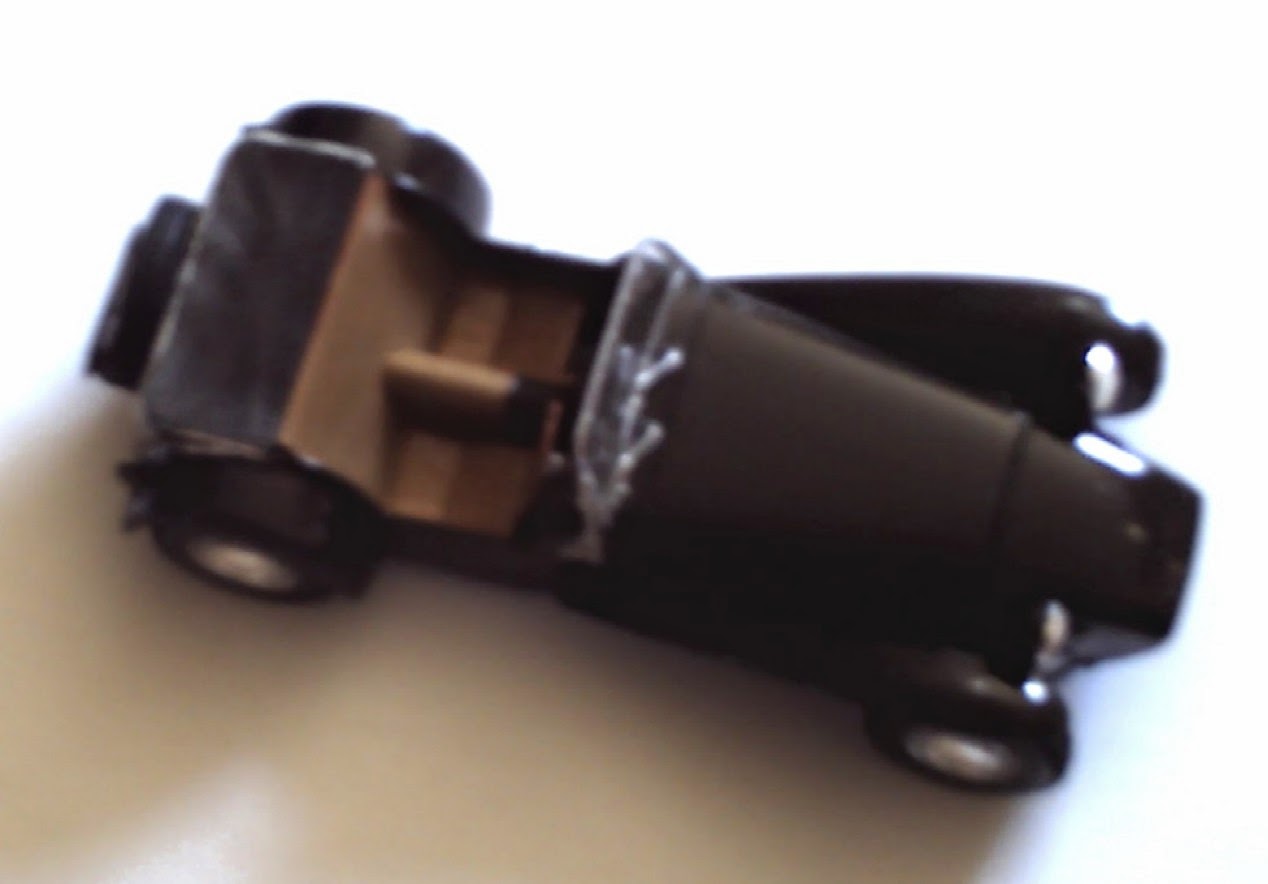 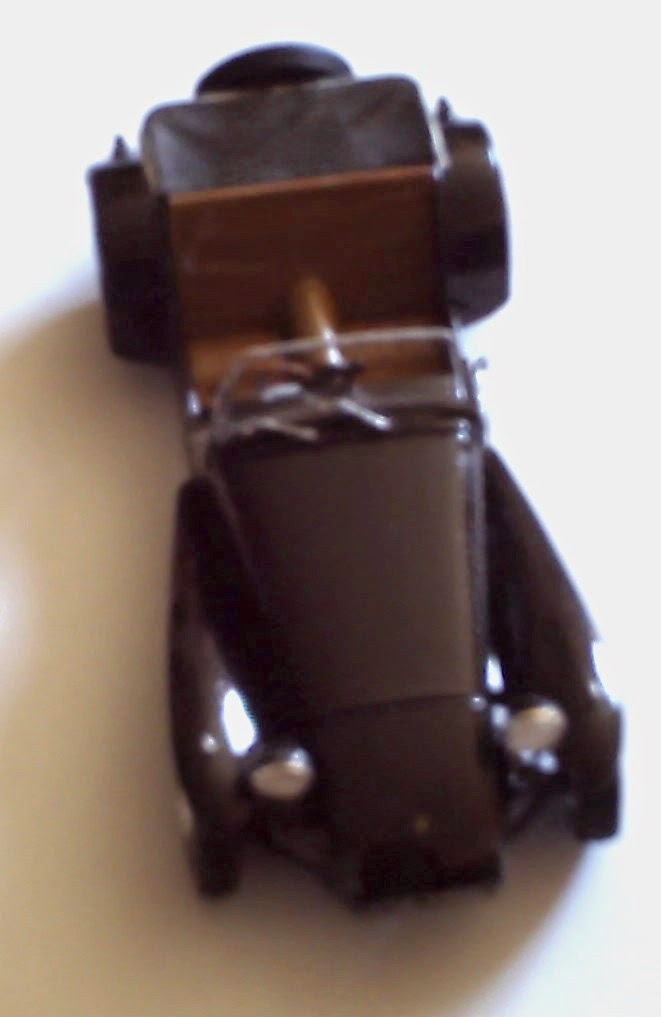 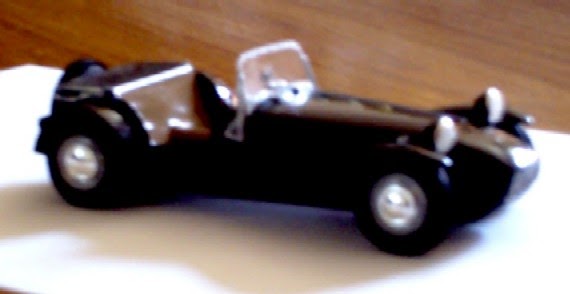 ﻿   Well there she is in her black livery Lotus Seven series II KAR 120C, I know every component, every brushstroke, and drop of glue, built her with my own hands! And what an ordeal that was I can tell you. I had forgotten how intricate building such a model can be, I'm sure I didn't have such problems when I built my first TAMYIA Lotus Seven some twenty-two years ago. And the above four pictures could also be better, well I've never been much good at taking close-up pictures, the number of pictures I took of the car yesterday!!!
KAR 120C is complete, and looks rather good in her black livery. The instructions said the seats should be painted in bright glossy red, but I thought that a bit garish, so I painted the seats in a brown matt. It wasn't only the time components of the car that gave me problems, the fact that some did not fit correctly, but the tiny dashboard instrument decals would not stay attached to the dashboard panel, two of which you could hardly see, and that went for the Lotus badge on both the nose and the centre of the steering wheel! Now KAR 120C resides in pride of place in my Prisoner collections cabinet next to her sister in green with yellow nose livery, amongst other models of cars from both series of 'the Prisoner.'