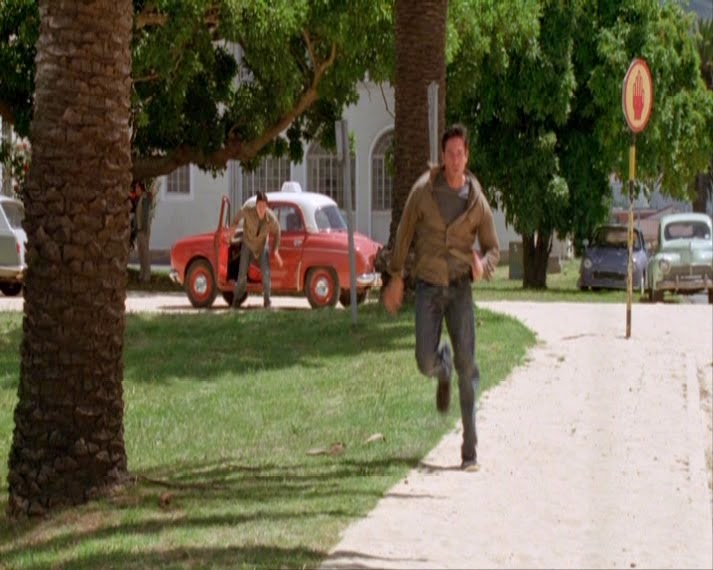 ﻿
The penultimate episode of THEPRIS6 has arrived all too quickly, and begins where the previous episode left off.
Schizoid – In , Michael storms his bombed out building, but is turned away. “They’re selling tickets for your execution, Michael, but they’re calling it a promotion” Lucy says in her recorded message. “Whatever you do, stay away from Summakor.” Michael arrives at the Summakor building.
A distraught Six yells at the gates of Palais Two, vowing revenge for 4-15’s death. Across the street, another man – who looks just like Six – looks on.
Two confronts 11-12 at the Go-Inside Bar. 11-12 accuses two of being a liar, and demands to know where The Village is. Two tells him The Village is inside of the mind of 11-12’s mother, and that she did it all for him. Two hands 11-12 the key to the pill cabinet, offering his son a day with M2.
313 dreams of a Gothic church and a girl with a box over her head. She wakes from the nightmare to find six sitting on her bed. He asks why she kissed him at the church; she says she couldn’t help herself. Six kisses 131, she’s struck with more visions, and asks Six to stop . “Not like this,” she says.
The next day at the Clinic, a melancholy Six bemoans the loss of 4-15 to 313. 313 wonders why Six wasn’t worried about 4-15 last night. Confused, Six claims he never went to 313’s house. 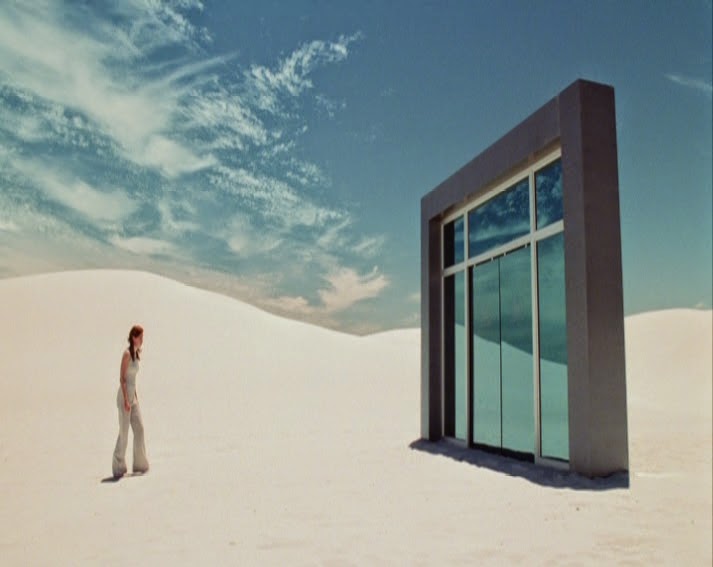 Six runs into 147, who tells Six he doesn’t want another fight. A bewildered Six returns home. His apartment is a shambles, and a receipt from The Village Shop lies on the floor. On a mirror, someone has written “Be seeing you.”
Michael’s Summakor pass has been deactivated, but he convinces a security guard to let him go to the basement to get a new one.
Six goes to the Village shop and asks the Shopkeeper what the receipt is for. The Shopkeeper admits it was for a knife.
Six tries to convince 147 that his earlier fight was with an impostor. The other Six appears, and Six chases him into a building. Holding a knife to Six’s throat, Six’s alter ego – who calls himself 2x6 – says he’s going to kill Two. 2x6 punches Six in the face, then disappears.
Two prepares to leave the Palais and finds Six forcing his way through his bodyguards. Six warns two that 2x6 is out to kill him “Isn’t that how you feel?” Two asks, deciding to take a stroll.
Walking through the Village, Two sheds his gentlemanly attire.
In Palais Two, 11-12 watches a message of Two warning Villages of a Two impersonator. 11-12 gets a black pill and wakes M2.
In shirtsleeves Two goes into The Village Shop and asks for cigarettes. The Shopkeeper reluctantly hands him one, then smokes with him. As Two leaves, the Shopkeeper phones the Clinic.
11-12 and M2 bond over lunch. 11-12 wants to understand the other place. M2 hopes that 11-12 will see The Village has all his needs.
A dishevelled two sits outside. Six approaches to try and warn him about 2x6, but Two denies  he is two. “I am Un-tow,” he says, and he knows nothing about killers.
147 meets Un-two and takes him to his house to protect him from being caught as a “numberless wanderer.”
Michael gets a new card and recognises the “Access Guy” as the Village shopkeeper. The Access Guy is sceptical until Michael proves they have a shared memory. “I need to get to the Purpose Floor,” Michael says.
147 and his wife eat cake with Un-two, until Dogs looking for the impostor arrive and chase Un-two away.
Un-two asks 313 if she would like to see the Other place. 313 doesn’t want to go anywhere, but Un-two says he will grant her wish – “Whether you wish it or not.”
313 seeks comfort in Six, but realises it’s 2x6. She runs away, haunted by more visions, and finds herself in the middle of the desert.
As M2 spends time with 11-12, more holes appear throughout The Village. 11-12 asks M2 if he can go to the Other Place, she reveals it isn’t possible: people born in The Village cannot leave. Distraught, 11-12 runs out into the desert and hurls the key to the pill cabinet away.
In The Village church, 2x6 approaches Un-two with the knife. Un-two explains why he created The Village. He wanted a fresh start from the apathy and cruelty of the real world. 2x6 goes to kill Un-two, but Six stops him. “Don’t make us become the thing we fear,” Six says. “If we are one, then we can defeat Two.” 2x6 disappears.
11-12 find the key in the sand, and puts M2 back to sleep.
Two returns home, explaining that his impostor has been found and detained. The Shopkeeper is dragged into the Clinic.
In the middle of the desert. 313 finds a glass door with a Summakor logo on it. She goes inside.
Michael and the Access Guy go to the Purpose Floor. A room filled with monitors displays profiles of Village residents. Michael recognises the people as subjects from his reports. On the monitor, he watches Lucy’s recorded warning.
313 follows a long corridor until she’s confronted with her vision. She runs back to the desert.
Michael approaches a window on the Purpose Floor and sees Six in The Village. He bangs on the window to get Six’s attention.
In The Village, Six looks towards the Towers, then disappears. 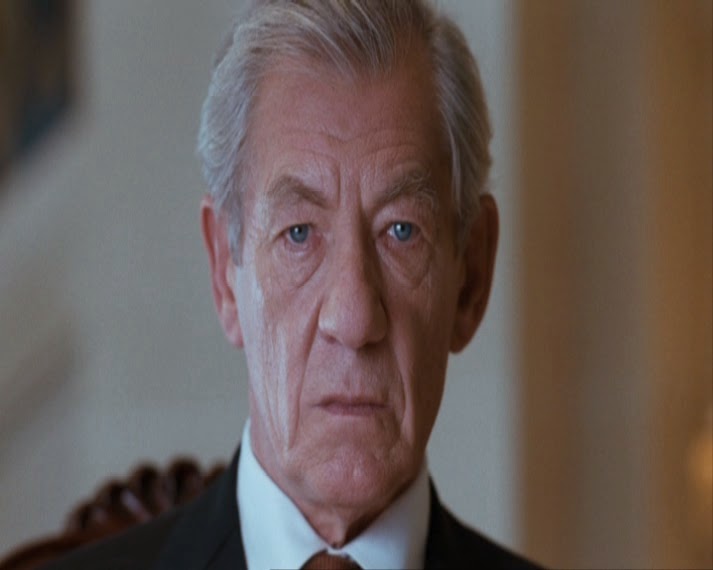 "Impersonating Two is an act of treason. In the event of a Two impersonator arising, you must seek him out and apprehend him. This man may look like Two, but you will know that he is not Two, because he is not Two. He may appear in the Village in a dishevelled state, which has resemblances to Two. He may claim to be Two, but he is not, and he must be treated as who he is, which is some one who is not Two. He is a danger to the Village."
{Two gets all the best lines, well that becasue THEPRIS6NER is about Two, and not Six!}

But there is no Un-Two, it’s just Two impersonating himself as being an Un-Two. But even Un-Two likes cherry cake when 147 takes him to his home. But then Two has a problem convincing 147 and his wife that he is Two. He looks like Two, he could be a Two double, but he doesn’t have Two’s death cold eyes! 147 warns Un-two that he cannot be a man without a number in The Village, they, the Guardians will blow his head off!
Schizoid, as well as being about doubles, contains a piece of social commentary, about the illicit smoking of cigarettes, the dangers of, and the prediction that one day soon, very soon in fact, cigarettes will be sold from “under the counter.”
As for 313, she is being groomed by Two, groomed to take her place by Six’s side should he persuade Six to take over The Village, and yet 313 has problems of her own, her other self Sarah! While 11-12 and his mother M2 get to spend some quality time together. Six has ignited the curiosity in 11-12’s mind about there being “another place,” and wants to go there. M2 tries to convince 11-12 that The Village has everything he needs, but 11-12 is sad, because he doesn’t have his mother! 11-12 wants to leave The Village and go to the “other place,” but that’s impossible, as only people brought to The Village can go there, and M2 tries to convince 11-12 that Village is best for them, because people born of The Village do not exist!

Village is best for us!