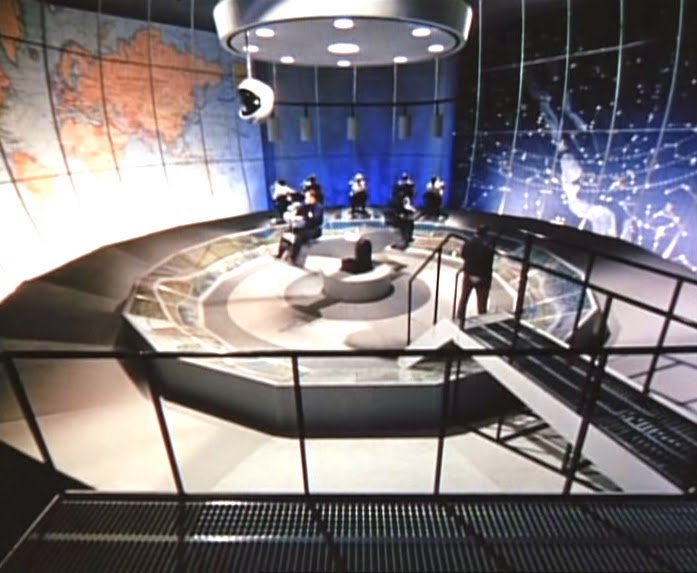 It cannot be denied, the Control Room has a futuristic look about it. However I'm not so sure that those six Observers would be able to see and hear everything as once an interim No.2 suggested. What's more it makes me wonder just how many "fractious" citizens there are in The Village who need to have their own Observers, there cannot be that many, seeing as how few Observers there are. Number 34 for one, whom No.240 was watching until he dies, then she watched Number 6 for another. And yet it would appear that those Observers are themselves observed, seeing as that stainless steel electronic eye is the type as seen on the hull of the red 1 rocket, and presumably by No.1.
I have never seen the need for there to be a world map and an astral chart on the chamber wall of the Control Room, when all the personnel are concerned with is The Village. However there might be a symbolic reason for the map and chart, "The whole Earth as the Village." And if the red 1 rocket is to be eventually launched into space, they need to know what course to set it on I suppose.