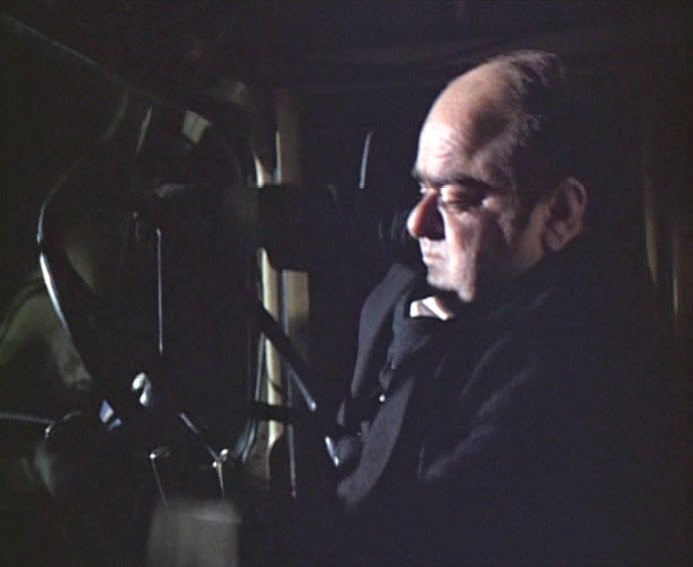 Well somebody had to drive the truck! You know how the Butler is mostly at the centre of things, at the Exhibition of Arts and Crafts in giving out the awards. During the local elections, acting as Keeper of the Great Seal of Office at the Appreciation Day ceremony. Assisting the Committee in the Council chamber, and he knew about the existence of the Embryo Room, because he was the first one in it. But what is inexplicable, is how the Butler knew about that Scammell Highwayman Transporter in ‘Fall Out?’ He must have known about it, because he urged waving the former Number 6 into the cage, then walked round to the cab and got in all of his own accord, no-one told him to. And another thing, the foot pedals, accelerator, brake, and clutch would have had to have been adjusted for the Butler, otherwise his feet would never have reached them!