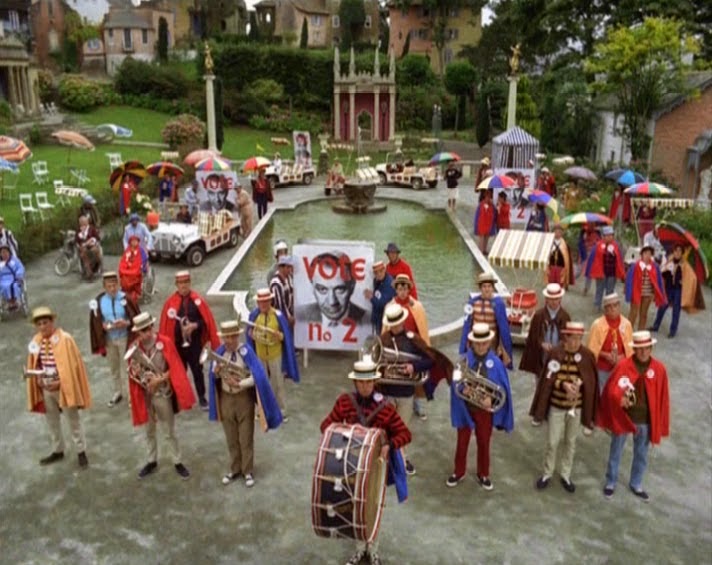 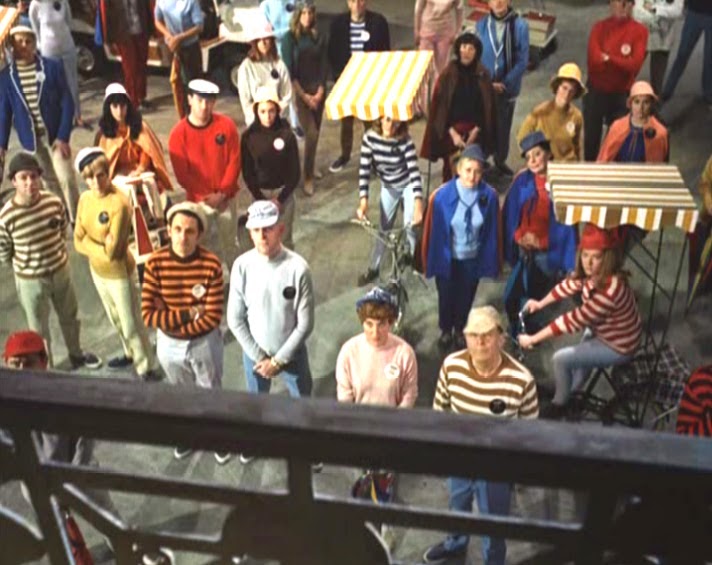 Number 6 in his opening election speech tells the citizens that he’s not a number, he’s a person, the citizens find this hilarious. He goes on to tell them that in some place, at some time all of them held a position of a secret nature, and had knowledge that was invaluable to an enemy. Like Number 6 they are there in The Village to have that knowledge protected or extracted. Unlike Number 6 many of the citizens have accepted the situation of their imprisonment and will die in The Village like rotten cabbages. The rest of them have gone over to the side of their keepers, “Which is which? How many of many of each? Who’s standing beside you now?”
Clearly it is difficult to tell, seeing as the people here keep chopping and changing! This clearly indicates what a clever manipulator of the community such as this, Number 2 is. Both images are taken during Number 6’s opening speech. And yet the citizens in the second image are not wearing 6 or 2 rosettes, perhaps they are representative of the “don’t knows” or undecided voters of the community!