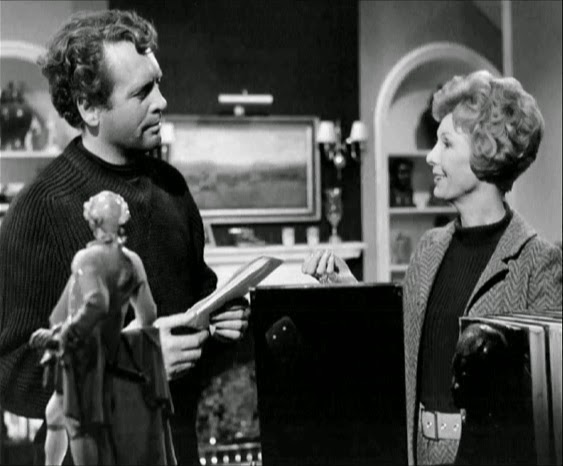 What’s this? The Prisoner appears to be about to hand Mrs. Butterworth an envelope. That’s not his letter of resignation is it? Go on open it, as Number 2 might urge, to get her hands on that letter would be truly a feather in Mrs. Butterworth’s cap. I cannot see that envelope containing travel pamphlets again. But where did he get it? Perhaps it was secreted away in the wall safe hidden behind the television. He might have hidden that receipt for that roll of film he took to that photographic shop that time. But then he gave the receipt to Janet for safekeeping, perhaps thinking that it would be safer with her than in the wall safe! So what’s in the envelope this time? The lease to the house, the logbook of his car, or an old copy of The Tally Ho which he used to write his ships log he kept for 25 days at sea! Damn and blast it, foiled again!