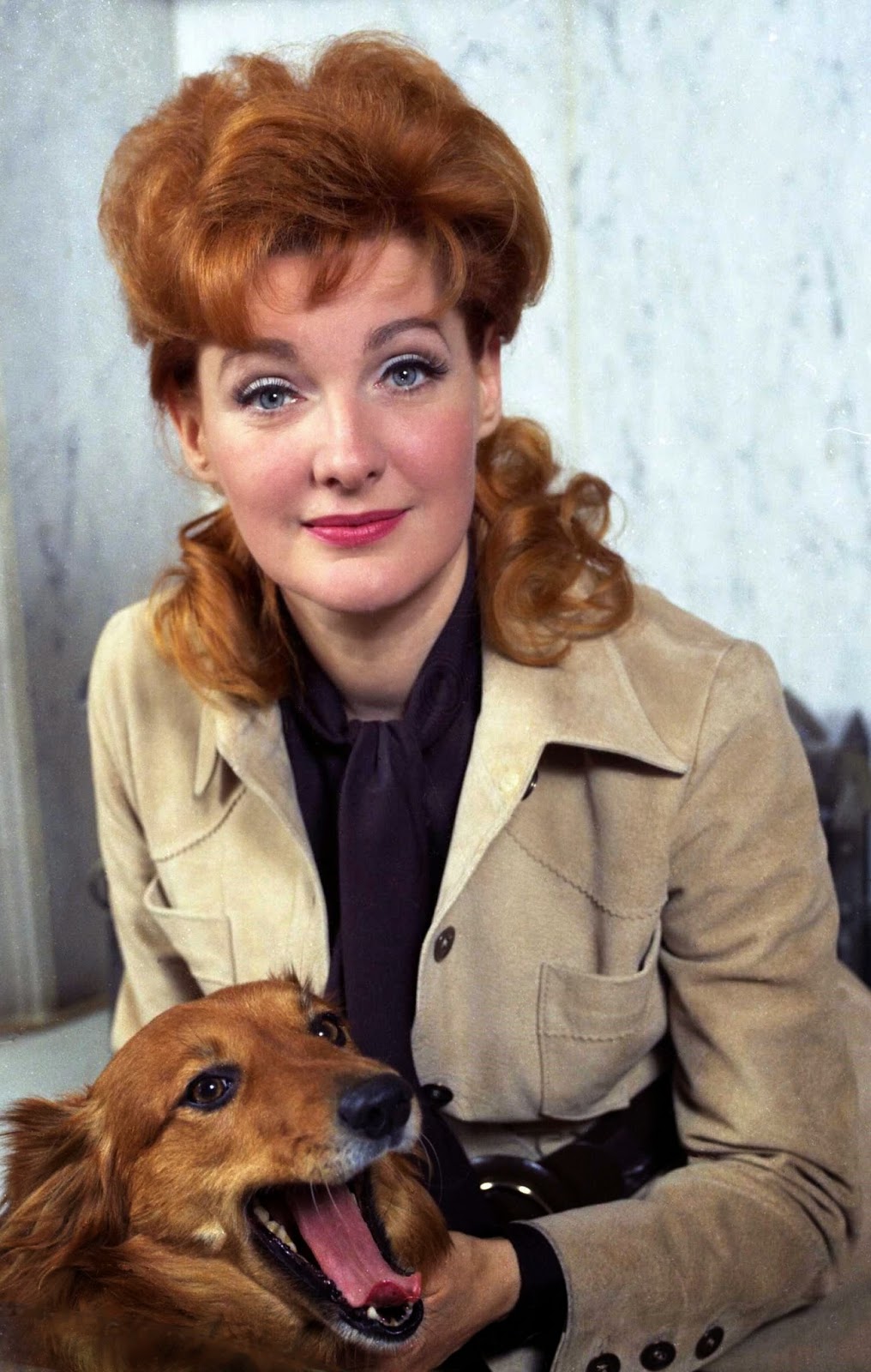 This is Barbara Murray, who appeared in the ‘Danger Man’ episode ‘The Sisters.’ Sadly Barbara passed away in May this year. Curiously some time ago I saw a woman amongst the people at the Ball in the evening of ‘Dance of the Dead,’ she seemed familiar to me, but I failed to put a name to the face. The woman can be clearly seen in this production photograph, 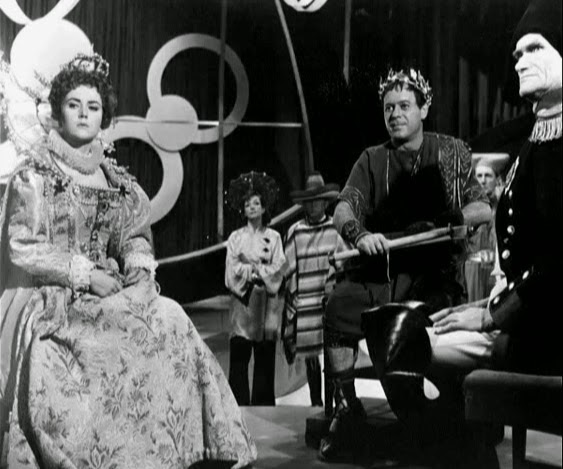 and here from images of the scene of the Prisoner’s trial, on the extreme left behind Queen Elizabeth’s chair. 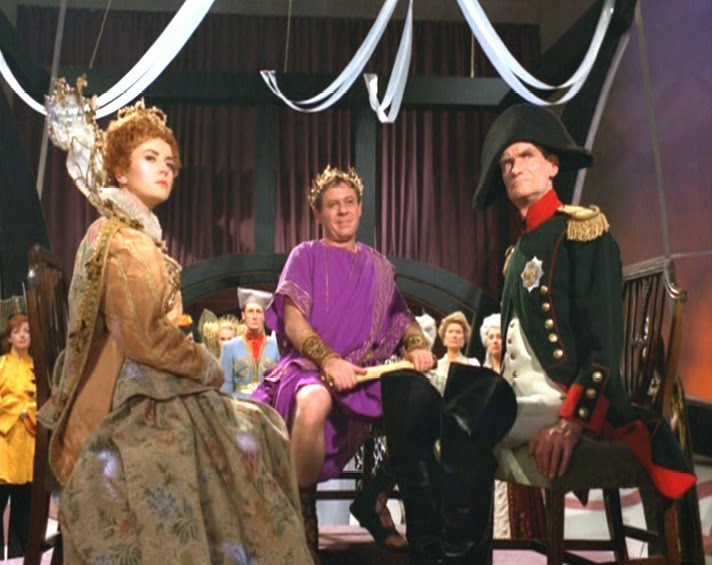 Is this woman Barbara Murray? Certainly there is a resemblance to her. Curiously she cannot be seen in amongst the film extras in this scene prior to, or after, the Prisoner’s trial, and only then in close-up of the three judges, in long shot she is not there!

BCNU
Posted by David Stimpson at 09:34