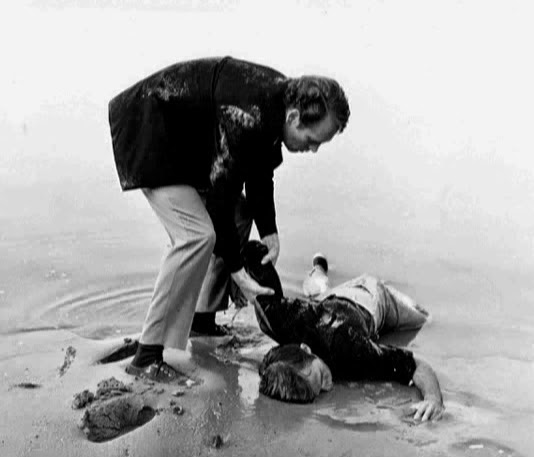 The dead body found by Number 6, supposedly washed up on the shore in the episode ‘Dance of the Dead.’ In all probability it is Number 34 who had died. The body  was played by Roy Cannon who said that the water was so cold that he had to dig his fingers into the sand so as to try and stem his shivering. It takes a certain person to simply lie there and play dead, not everyone can do it. Especially lying in chilled water!