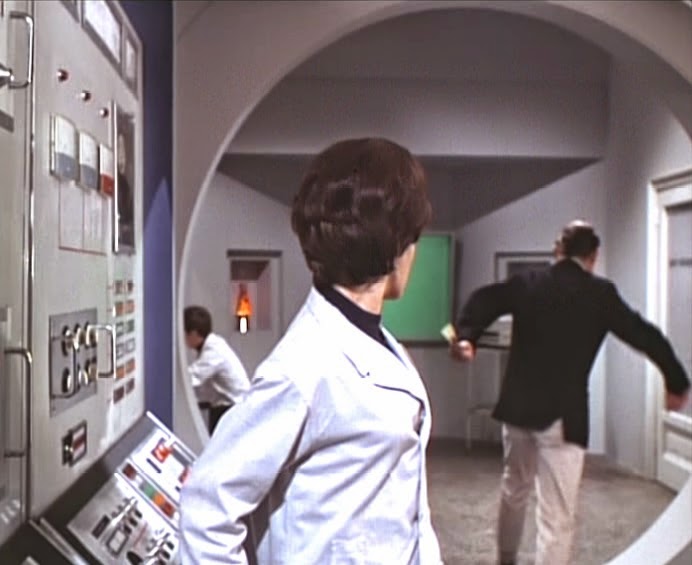 “Pata-cake, pata-cake Bakers man, bake me a cake as fast as you can.” That’s what they put in, and that’s what came out. Number 2 thought it must be a special code and that the computer wasn’t programmed for it!
The scene in the computer and cipher room during ‘Hammer Into Anvil.’ Poor old Number 2, he was so angry that the code wasn’t broken, that he tripped over the base of the arch on his way out. I have sometimes wondered whether that was on purpose, or by error on the part of Patrick Cargill, and so it was left in the episode to make the scene more human!

bCNu
Posted by David Stimpson at 08:46