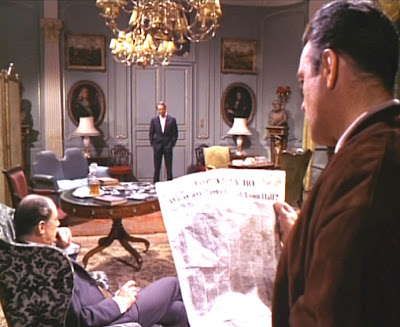 The drawing room of the Colonel’s residence is elaborately decorated and furnished. The fine art paintings, the chandelier, the chairs and world globe which are probably antiques. There are a number of table lamps, and books set on shelves in recesses, and the antique fireplace, the style of which is indeterminate. An elegant room, yet functional. There are a number of prints along the top of the two recesses, these can also be seen in the General’s office in the episode of the same name. And that “Quarter Day” table, is that government issue? Because the same style of “Quarter Day” table can be seen in both the foyer of the Green Dome, and that of the Town Hall. 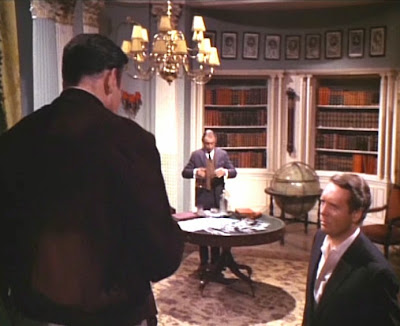 The drawing room itself we have seen before, in The Village, in the Professor’s house, as well as in Paris, in Madame Engadine’s house where she held her celebrated parties. The bookcases either side of the fireplace are identical, although in the case of the Colonel’s residence they have been redecorated, as well as the walls! 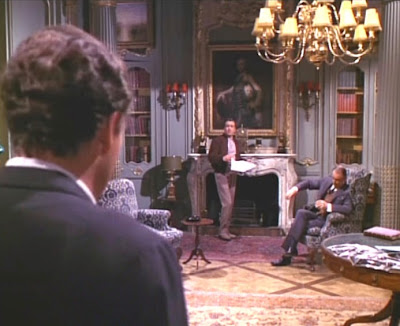 As for the exterior of the Colonel’s residence, we have seen that before, on the occasion when Number 6 attended one of Madame Engadine’s celebrated parties. And again when he attended one of Madam Professor’s art seminars. It was the similarity of the balustrade which struck me.