During the Election period of ‘Free For All,’ Number 113 is the so called reporter for The Tally Ho, and the so called photographer is Number 113b, who has a twin or doppelganger Number 113c who operates The Tally Ho broadsheet dispenser. Later the candidate Number 6, is interviewed by perhaps another doppelganger, Number 1113d. He is equipped with a microphone and tape recorder. 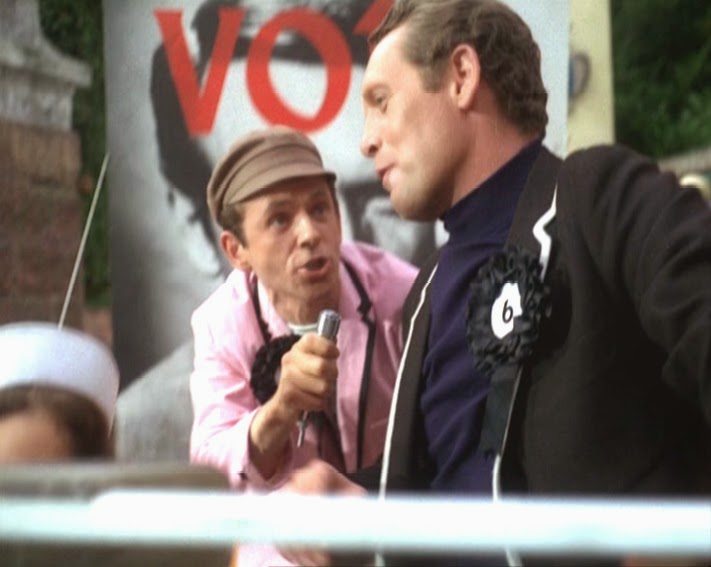 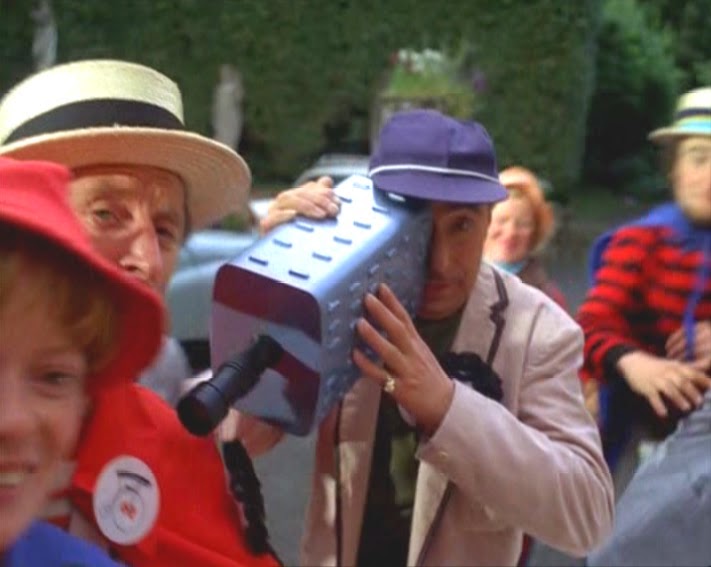 It looks more like a box with a camera lens stuck on it! Just as there might be no film in Number 113b’s camera, no words written down by Number 113 during his interview with the candidate Number 6, there might be no tape in 113b’s tape recorder, and the camera incapable of transmitting television pictures! Although television images are transmitted from somewhere, at least for one of Number 6’s election speeches.