The Mystique of The Prisoner!

Two such mystiques which I have attempted to solve have to do with the machine. The first is the sheet of paper fed into the machine by the Professor, which I have taken to be a page from the script for ‘The General,’ used as a prop. Or perhaps not, but the late actor Peter Howell does appear to  typing something on that sheet of paper, but what was he typing? The machine itself looks like a photocopier, well it is. It is in fact the Xerox 813, the first desktop printer. 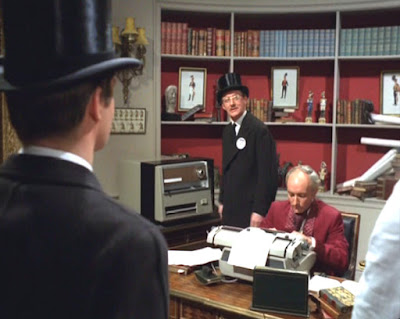 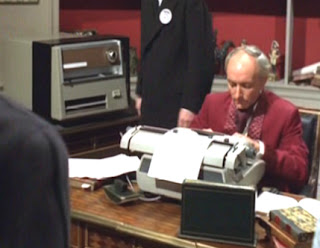 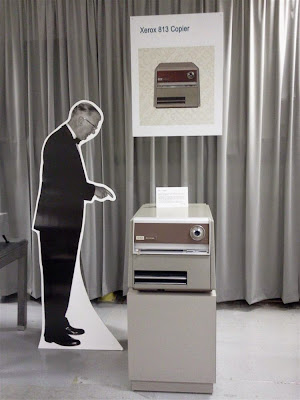 As for the text on the sheet of paper, for a while now I’ve been attempting to enhance the picture to the best of my ability, but cannot actually read the text. But then I do not have ‘the Prisoner’ in either ‘High Definition,’ or Blu-ray. However perhaps someone with the series in either of those formats might be able to read the text, if clear enough.
The second mystique is the text printed by the teleprinter in ‘Dance of the Dead.’ The machine is actually working in the scene, so it must be typing text sent from some place. However the text is even smaller making it even more difficult to read! If the first is solvable, the second may not be, as well as another subject I’ve been attempting to discern for a while, but without success.