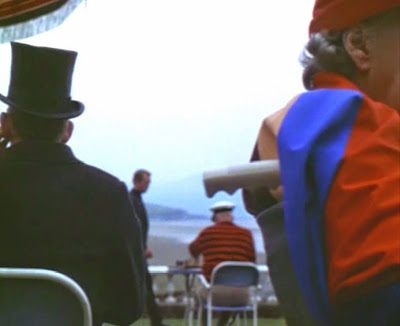 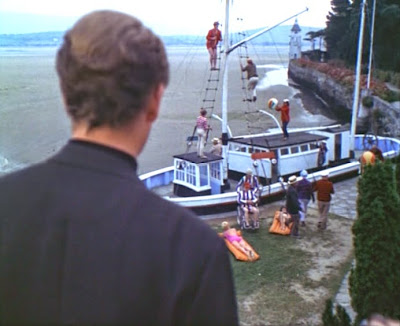 And yet again only a few moments later, as the Prisoner and Number 2 walk back across the lawn, there is the ex-Admiral, an excellent chess player, is still sat at the table waiting for an opponent to play!
Quite obviously there are two ex-Admirals, as later seen by the pool and fountain in the Piazza. Not so inexplicable as first thought, and one matter easily cleared up. Mind you it looks as though The Village is best for those two young women down there sunbathing. Doesn’t look as though much harm is befalling them, then again perhaps it’s those who are doing the harm!