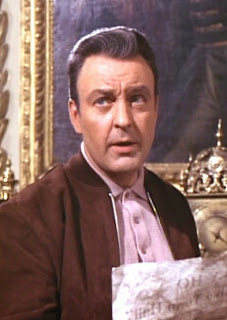 If the Colonel is kosher, and after Number 6 went looking for The Village, whether the Gloster Meteor jet had downed in the sea or not. With Number 6 having disappeared for a second time, what would the Colonel have done with the information Number 6 had briefed him with? The Tally Ho, and the photographic evidence of The Village. Would he simply have forgotten about it, destroying the physical evidence? Or being a sound man, he may well have taken that evidence to a higher level. Either way the Colonel had been put in possession of some very sensitive information. Whether or not he eventually asked his superiors about the second disappearance of his ex-colleague, would depend on whether or not that Meteor jet downed in the sea somewhere, and the loss of both pilot and navigator had been reported. The matter of Number 6 having returned to the fold would surely not have remained simply with the Colonel. He would have had to report it to a higher level. As for the sensitive information, and physical proof of the existence of The Village, who would the Colonel ask about that, someone within MI5, MI6, MI9, the KGB? Once the Colonel had put feelers out about the existence of The Village, that might be reason enough to put him in it! And there’s someone else to consider, Thorpe. If he’s sceptic enough about the evidence of The Village, he’d think nothing of denying the fact that Number 6 had returned from whence he came.