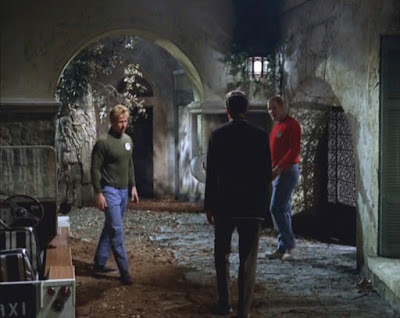 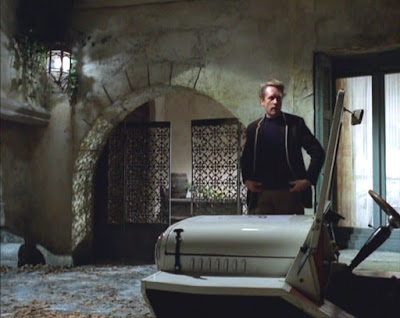 Number 6 stands victorious having vanquished his two adversaries in a fist-fight. Although it has to be said that the punches thrown in the fight sequence of this scene are atrocious, never come even close, and if stunt sequence is looked at frame by frame, the punches thrown actually miss by a mile! But that does not stop it from being one of my favourite scenes in ‘the Prisoner,’ even though it does look very “indoors!”

Be seeing you
Posted by David Stimpson at 09:52