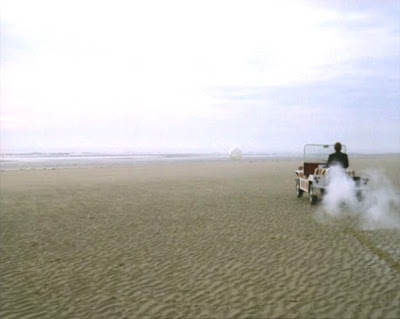 At this point in the Prisoner’s first attempted escape, you might think that he would now begin to make an evasive manoeuvre, by steering the Mini-Moke away from the approaching white membranic Guardian. 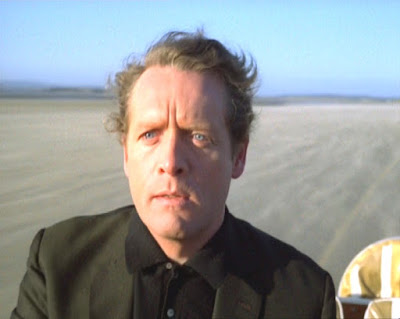