And so the episode of ‘Darling’ is reached in this screening of THEPRIS6NER, and is fair to say the weakest of the six episodes, which arguably mirrors ‘Do Not Forsake Me Oh My Darling’ for being the weakest episode in the original series. 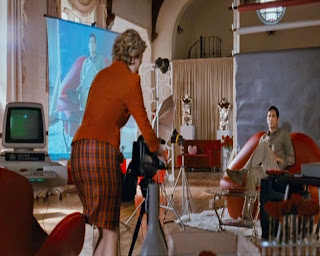 The modern Love Bureau uses "blink match" technology to find anyone in The Village a partner. 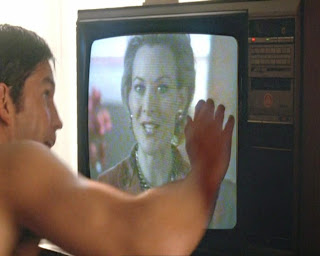 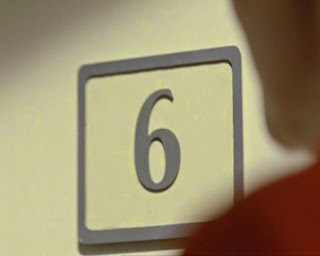 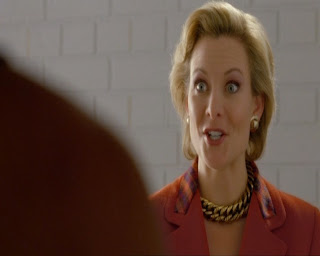 1891 appears talking to Six about the Mordern Love Bureau through his televison set. Six slams the TV and the picture goes blank. The next moment 1891 is standing on the doorstep of Six's apartment. Now where have we seen such a scene before? 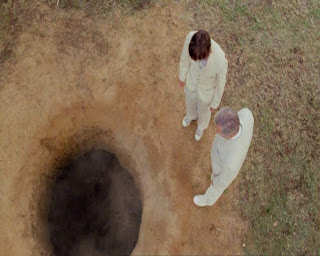 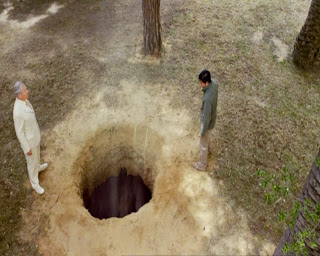 Holes begin to appear in The Village!


Six "What is it?"
Two "It's a nothing! It's oblivion! It's beyond all hope!"
147's daughter 832 fell down such a hole as this. Six said he would go into the hole and bring her back. But Six is weak, he has not the strength of his convictions. He is afraid to take that “leap of faith,” for if he had, Six would quickly discover that through the holes is escape! Or is there? perhaps not, seeing as when 4-15 dived into one of these holes, in New York 4-15's counterpart Lucy Dies in Michael's apartment when it is blown up  due to a gas explosion! 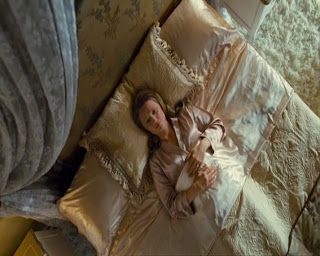 This is one anomaly that runs through the entire series. It should be Helen who is dreaming The Village, and that does appear to be the case. Lying heavily sedated in a recliner in her apartment in New York. So why is that reflected by M2 who spends the majority of her time lying in bed heavily sedated, and can only be allowed a few minutes of wakeful time before holes begin to appear in The Village? There is no reason for M2 to be in this unconscious state, as its Helen in New York who dreams The Village, and her counterpart M2 should be free to enjoy The Village and her time with her son. After all that’s why she and her husband Curtis, volunteered for The Village experiment in the first place. So that they could have a son! M2 has never been with her son, has not seen him grow up, and relies upon her husband Two to tell her about their son 11-12 during her brief wakeful minutes. The Village was created in order to bring broken people there to be made better. Its seems that does not work for M2 and Two himself. They wanted a family, and Two places much reliance on family life, as he did in ‘Harmony.’ But in The Village M2 and Two appear to suffer as much as anyone.
Did I say this is the weakest episode of the series, I think I've reassessed my opinion on that score!