When it was known to expect Number 6 in The Village, the Replication Department set about replicating the study of Number 6’s London town house to the smallest detail in his Village cottage, and called it ‘6 Private.’ Except that they did miss one detail, the magazines in the Canterbury, such as Esquire magazine, and The London Illustrated news, as seen in the following image. 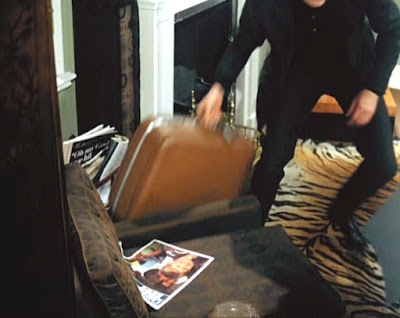 Copies of these magazines are missing from the Canterbury in Number 6’s Village cottage, perhaps they were seen to be superfluous to requirements being publications of the outside World. But that fact doesn’t stop magazines such as ‘Queen’ appearing in the newspaper rack in the General Stores. Perhaps Number 2 should have a word with the Shopkeeper about the type of magazines he stocks. And at the same time he could have a word with the woman who is reading what appears to be a car magazine. That’s certainly not a Village Mini-Moke in the picture! 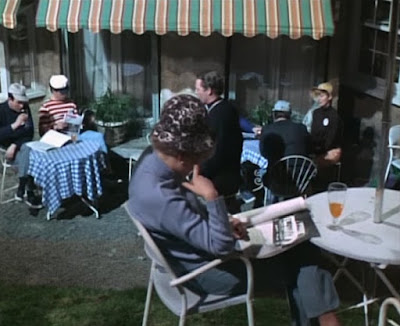 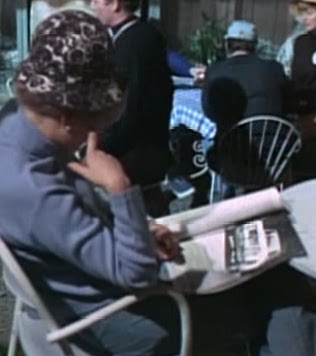 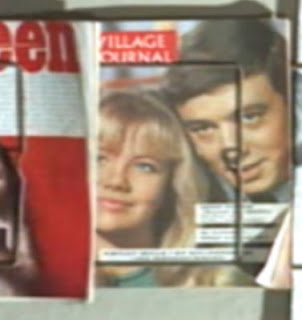