During the opening sequence of ‘the Prisoner,’ a man parks his Lotus Seven in an underground car park. Alighting from the car, he strides out and goes through a pair of doors marked 'Way Out.' This action has been interpreted by many fans of the Prisoner as demonstrating his rebellious nature by entering a building via the 'Way Out.' 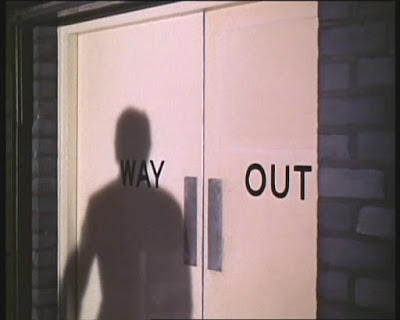 But the reality of the situation is, that the man is not entering a building, but is leaving the underground car park via the pair of 'Way Out. If it was otherwise, the words ‘Way Out’ would be on the opposite side of the door.
This interpretation appears to have been taken quite literally by scriptwriter Bill Gallagher. Because during the episode of ‘Checkmate’ in THEPRIS6NER, Michael, played by Jim Caviezel, gets out of his car in the underground car park and enters the Summakor building via a pair of electronic automatic sliding doors marked ‘Way Out.’ 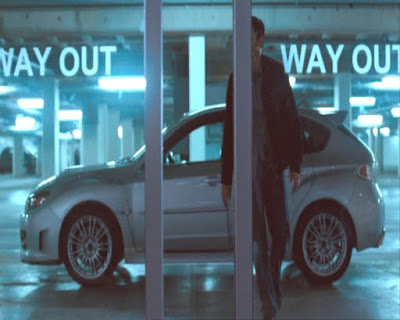 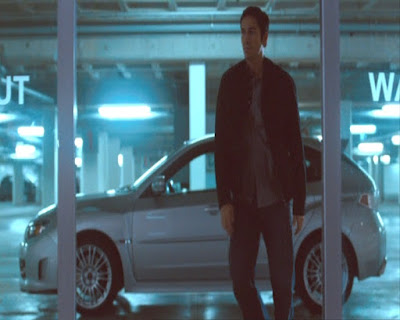 However you will observe that in this case the two words ‘Way Out’ are etched on the pair of doors on the opposite to Michael, this being the way out of the Summakor building. That’s the difference. And really it should not be possible for anyone to enter the building this way, as the two electronically operated doors should only slide open for people who are actually leaving the building, and not for anyone attempting to enter the building via the way out.