A Favourite Scene In The PRIS6NER 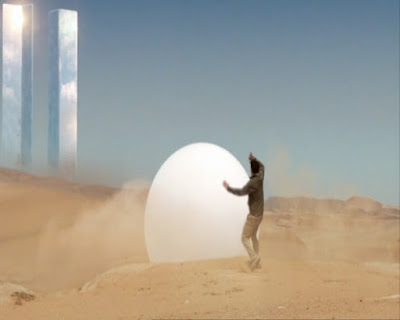 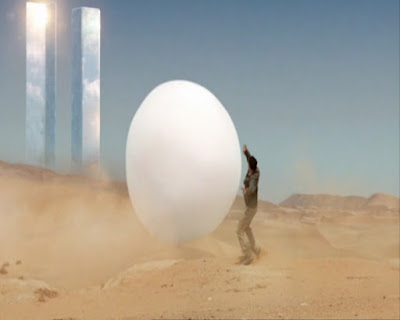 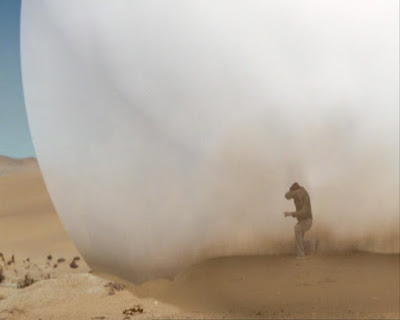 When Six goes running off into the desert shouting “I am not a number. I am a free man!”, much more subtly than the original Number 6, the membranic Guardian puts in an appearance for the first time in the series. At first the Guardian appears to be the regular size, 6 feet in circumference. But then grows to enormous proportions!
When first viewed it was good to see that Rover had once again found employment in The Village. Although the membranic Guardian is never seen in the actual Village, mostly out in the desert! But Rover is no longer a mere meteorological weather balloon which restricts its size. Rover has been upgraded with the use of CGI, and because of that can achieve even greater proportions.
I followed the production of THEPRIS6NER via the AMCtv website. A production meeting was held to discuss the Guardian as to what form it would take. Several ideas were up on the table, but in the end it was decided to stick with the former concept of the Guardian. Seeing as it’s not broken, why try to fix it, but to create it through CGI. Although the effect on Six is very much the same as it was on Number 6

Breathe in….breathe out…..more Village!
Be seeing you
Posted by David Stimpson at 09:10