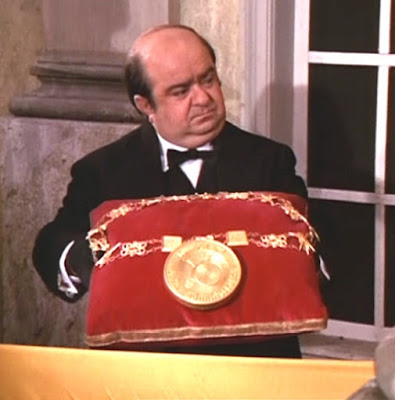 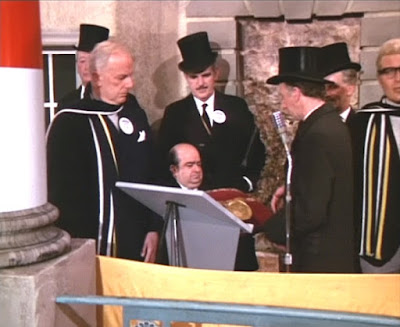 Footnote: had the Butler been the physical keeper of the Great Seal of Office, then he failed in his duty. Otherwise the Great Seal would not have been in the possession of Number 100 who passed it onto the Watchmaker so that he could fashion a replica, and fill it with plastic explosive! But no doubt the Butler, being only a small man, was put under the persuasion of the interim Number 2. The heir presumptive to the throne.

Be seeing you
Posted by David Stimpson at 09:35