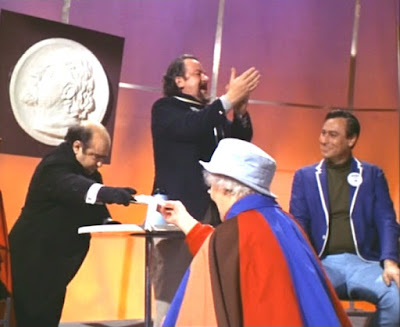 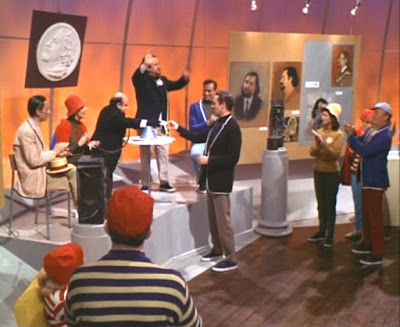 “Long before the advent of Appreciation Day, I attended another ceremony, the Awards ceremony of the Arts and Crafts Exhibition. Number Two was there of course, in his capacity as Chairman of The Village, he announced the awards. However it was I who actually presented the awards, as to Number 38, who was awarded a special award in the over sixty group for her magnificent tapestry. And of course it was Number 6 who won the prize of prizes, the special merit award of 2,000 Work Units for the best work in any of the five groups.
I realise that Number 2 announced the awards, but it was I who actually presented the awards, and in my eyes that made me more important than Number 2 at that moment in time!”